As we’re going through the yearly cycle in Healing in the Hebrew Months, we need to watch that we don’t get too caught up in sticking exclusively to the time tables.

The twelve tribes, each correlating to one of the constellations, camped facing the tabernacle in the four directions. A flag bearing a symbol of each of the four faces of the cherubim faced in each of the four directions: Man (Rueben), eagle (Dan), ox (Joseph), and lion (Judah). These also correlate with the four seasons and create a picture of time. As the earth orbits around the sun, the tribes encamp around the tabernacle or the Shekinah glory light of God.

But then Moses pitches a tent outside the camp. What’s up with that? Despite this, God speaks to Moses face-to-face, as one speaks to a friend. It’s commonly taught that they used this tent before the tabernacle was built and before Aaron and his sons were anointed. Once the tabernacle (fancy tent) was up and running, the other tabernacle (rudimentary tent) went away. On a surface reading and in some translations more than others, that appears to be so. But there are some issues with that thinking.

In Exodus 40, the glory of the Lord filled the tabernacle, and Moses could no longer enter. Only the high priest could go in, and the Levites acted as bouncers, making sure no average Joes got in because they would die. But then in later texts, Moses is in the tabernacle again. Hebrew doesn’t help with the explanation. Both references use the term ohel moed.

Anybody could go in the rudimentary tent, and we know from Exodus 33:11 that Joshua was in there all the time. Exodus 33:7 says “whomever” could go in the tent. Miriam was there, too. She had leprosy and had to stay out for a week until she was clean. Ironically, I would imagine a week in God’s presence would get rid of leprosy.

I theorize that whenever somebody other than a high priest was in the tabernacle, they were in this tent outside the camp. In Numbers 11, we have even more clarity that the rudimentary tent was still in use as a bunch of people left the “tabernacle” and re-entered the camp.

When I first started looking into this, I got bent out of shape because here’s this guy, Moses, who helps set up the cycle that we follow until the end of days, and he’s putting everything into position; laying out the rules, regs, and protocols; and making sure all the feasts are observed correctly. Yet he’s also thumbing his nose at the system and having these impromptu sessions with God. So what was I doing with this Times and Seasons subscription box? Was I steering people wrong? Is outside the camp really where it’s at? God is outside time, and maybe that’s where we really find him, not just his glory.

But I wasn’t looking carefully enough.

Moses didn’t spend all his time outside in the rudimentary tent. He was very much involved in the camp. On the other hand, I have some questions about Joshua. It’s not like we have to decide whether we are going to be innies or outies. We can flow back and forth as needed.

Additionally, it’s pretty clear that God was inhabiting the tabernacle (fancy tent) all the time except when he moved out by cloud or pillar of fire so the Israelites could break camp and move on. Moses’s tabernacle (rudimentary tent) was a place to meet with God. Moses gets the seventy elders and takes them to the tent, and God shows up (Numbers 11:24–25). Moses, Aaron, and Miriam go out, and God descends in a cloud (Numbers 12:4–5). Moses takes Joshua out there; God comes to speak (Deuteronomy 31:14–15). It’s good enough to visit, but he doesn’t want to live there.

For our purposes and application, we can follow the seasons as much as it helps us to do so. Whenever you have a need or a concern, step outside the season and talk to God about it. If you need it now, trust that he’ll meet you there. You have options.

As a believer, you are a priest, a dispenser of the blood; you’re a walking, talking tabernacle (the fancy kind), and you can go where you want to go. The times and seasons were made to serve you; you are not to serve them. Don’t get all religious and rigid about this information or its application. 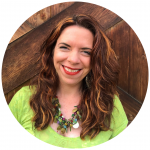