The months of the Hebrew year are: Nisan, Iyar, Sivan, Tammuz, Av, Elul, Tishrei, Chesvan, Kislev, Tevet, Shevat, and Adar. Each month holds unique spiritual significance and areas ripe for healing. Here is a quick overview of the focus for each month.

Nisan (Starts in March or April)

The month of Nisan is known as the month of miracles and redemption. It was the month when the Israelites were brought out of Egypt and is a season of stepping out of bondage and towards our promised lands.

Iyar (Starts in April or May)

Sivan (Starts in May or June)

Tammuz (Starts in June or July)

The month of Tammuz is known as the month of worship, vision, and covenant. Tammuz is when the Israelites made a golden calf to worship when they feared Moses would not return off Mt. Sinai. It is also when Caleb, Joshua, and the other ten spies searched out the Promised Land.

Av (Starts in July or August)

Av was destined to be the season of entering promised lands but instead became the low point in the Hebrew year. It’s the month when the spies returned from the Promised Land giving a bad report, and Israel refused to enter into the blessing God had planned for them.

Elul (Starts in August or September)

Elul is the month that the king is in the field. Usually the king was in his castle where the common person could not just meet with him, but during this season he would set up a tent in the fields so that anyone could easily bring their concerns directly to him. It’s a prophetic season pointing to the intimate access to God we now have through Christ’s death and resurrection.

Tishrei (Starts in September or October)

Tishrei is the season of fall feasts with Yom Kippur and Rosh Hashanah. These High Holy Days are a season of completion, atonement, and harvest. It’s a season of returning to God and embracing his glory.

Chesvan (Starts in October or November)

Chesvan is a season of new beginnings. It is the month that the flood began and also when Noah was able to leave the ark a year later. It is believed to be the season for the Messiah to come establish his temple.

Kislev (Starts in November or December)

Kislev is known as a season of security, trust, and bringing things full circle. It is the month that Hanukkah is celebrated marking the miracle of the oil lasting for the rededication of the temple. It is a season of lights, dreams, and success in battles from a place of peace.

Tevet (Starts in December or January)

Tevet is a month of authority. It’s a season to prevail against our enemies, being angry but not sinning. It’s a season of fasting and purification, reclaiming whatever the enemy has stolen from us.

Shevat (Starts in January or February)

Shevat is the month of New Year for trees. It is a month of sowing righteousness and planning for blooms in generations to come. It’s a season of building expectancy and faith for blessings to come.

Adar (Starts in February or March)

Adar means strength and is the month that Esther saved the Jewish from Haman’s plot to kill them. It is a season of true identity. Esther was able to save her people when she revealed her true identity to the king. It’s a month that depression and despair give way to hope and victory. It’s also the last month the Israelites spent in Egypt before crossing the Red Sea.

Resources for Following the Hebrew Months

The Healing in the Hebrew Months Wall Calendar has the Hebrew dates on a standard Gregorian calendar plus the month at a glance info for each month so you have all the information in one place.

Add the Dates to Your Phone

Both iPhone and Android have options that will let you add the Hebrew dates to your phone’s calendar. On iPhone go to Settings > Calendar > Alternate Calendars and select Hebrew. It will show the dates on your calendar app as well as the lock screen.

For Android the options are not as straight-forward but there are several apps available with the Hebrew calendar or you can add it in settings in Google Calendar.

If you want to connect with others following the Hebrew months, The Healing in the Hebrew Months Facebook group is where you can find community with like-minded Christians that are also pursuing the healing ripe in each Hebrew month.

Signup for news and monthly reminders when the Hebrew month changes over and get a free printable calendar with the dates for this year. 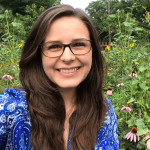